Forest area in the Czech Republic covers about 34% of the country’s territory.

The Czech Republic is one of the smaller European countries. Nevertheless, it has a great variety of natural resources including quite diverse and rich forest biocenosis. Diversity of sites along with the geographical position of the country, situated at the crossroads of several phytogeographical areas, resulted in the creation of a wide range of plant associations including naturally predominant forests.

Forest changes in the past

Forests in the Czech Republic changed considerably during the settlement period and later on during the industrial revolution. Forests also changed significantly because of human intervention. Because of the increasing demand for timber consumption forests needed to be protected by special laws. Theresian Forest Orders (1754) provided for the first time the framework for sustainable forest management. Species composition and distribution of Czech forests altered in the past in an effort to increase timber production and satisfy the demand for the most frequently required tree species (spruce, pine). Coniferous species now dominate in forest stands structure. 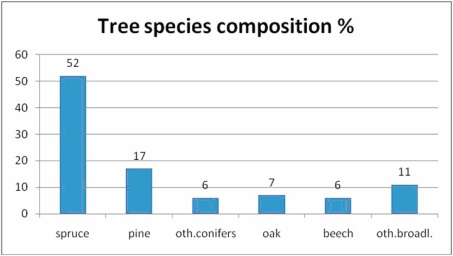 According to 2009 statistic data the current share of conifers accounts for 76 % of the forests, while broadleaved species account for 24 %. 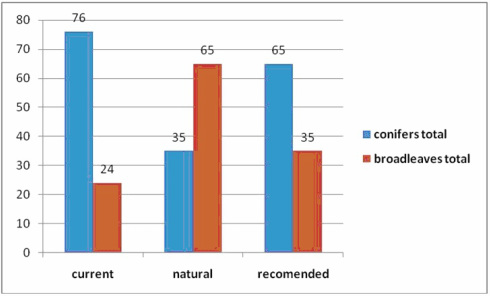 Regarding altitude zones, basic characteristics of forest stands can be distributed as follows: 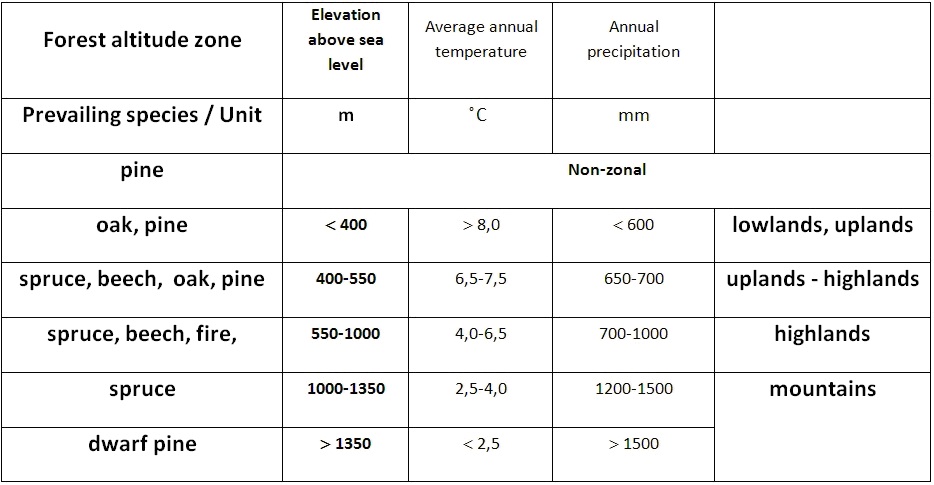 In general, fertile sites, especially of limestone and basalt, are not suitable for conifers as they often suffer with decay

- Up to 500 m above sea level, on sandy acidic soil sites, we can find pine trees

- it grows in riparian forests and on stands enriched with water

- it grows in uplands up to 550 m above sea level, usually accompanied with hornbeam, linden, pine.

Other tree species in Czech forests: