Nowadays, the area covered by forests is about 6.5 million hectares. In the past forests covered about 18 000 000 ha in Romania. At the end of the 19th century the forest coverage was reduced to 40 % and in 1948 was stabilized at 27 %. According to the forest legislation forest coverage cannot decrease further. At the end of 2008, state forests were about 53 % and 47 % belonged to private and legal persons and administrative units as presented below: 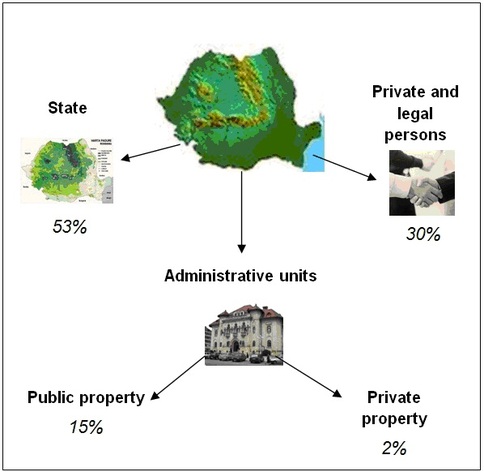 State Forests are managed by the National Forest Administration called Romsilva, which is supervised by the Minister of Environment and Forests. Romsilva is divided into 41 forest districts that are coordinated directly by the General Manager. Forest administrative units are the basic forest divisions and they are part of the forest districts.